You have to be of a certain age to remember the Laura Ashley craze for all things Victorian which had otherwise sane London gals trotting around the city dressed for milking cows down on the farm ;).  In the early 70s I went for the full long dress complete with lace and pintucks, since then I have periodically rocked this look in a variety of combinations…including real underpinnings from the actual era ;O  Mostly I’ve mixed cotton tops with jeans or Utility pants.  Here I’m giving a nod to both by wearing boyfriend jeans similar here and a khaki color cardigan and boots.

The boots are old Zadig & Voltaire similar here and here  the cardigan, also old, is by American Vintage, similar here

The true Rock ‘n’ Roll vibe comes from channeling Michael Jackson (or maybe Prince) with LOTS of studs on my belts here  I bought this 3x around black number last season but it is re released, and the white one is very old, also from Zadig & Voltaire…but there are lots of alternatives about.  I predict that this look will be all over like a rash this season..;)

I once got into a bit of bother at Airport Security…long before they became really terrorist aware and time consuming.  It must have been in the early 90s when I was returning from a visit with my cousin who used to live in Antibes on the Cote d’azur.  Pauline dropped me at Niece airport to catch the flight back to the UK and I was running a little late…of course my belts set all the metal detectors jangling.  I had the dubious pleasure of being divested of said belts by at least 3 male, otherwise idle security guards..Hmph!  The moral of the story is not to wear lotsa studs when your flying 😉

You can find links to similar jewelry to mine…most is from Thomas Sabo…love the skulls (clearly) The bag is another old favorite from Zadig & Voltaire who repeat the style but not exactly the same, similar here

That’s it for now folks.  Thanks for calling by, Sarah x

Temptress duties done…I’m off for a lie down 😉 Bye for now, Sarah x

There is something about Chelsea Boots that make my heart sing and when I spied this pair I have to say that my heart stopped and my eyes popped.  I just had to have these boots…perfect for everyday wear with jeans or leggings, or as here, styled with faux leather, similar here  Of course money is an object with me…that is I have not got unlimited funds (like you guys I guess) but on the other hand using my ‘Cost per Wear’ rationale I think that these will turn out to be a real investment ;D  exact here and in plain black here  The bag I’m carrying is a perfect example that justifies my philosophy, it is several years old, Diego style, by Alexander Wang.  It is still loved by me and admired by others, available here and here I also like this one in leopard print (no surprises there then ;)) here I plan to wear my boots also with my new mini bucket from Jerome Dreyfuss (mega cool Parisienne brand) here

A tongue in chic tour around my home town with homage to some of my favorite brands!

END_OF_DOCUMENT_TOKEN_TO_BE_REPLACED 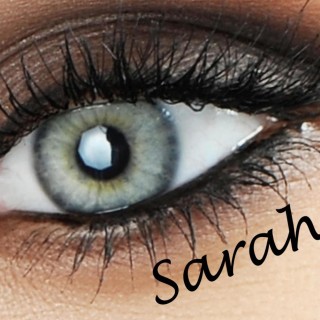 Baby Boomer speaks for itself, yes I am a woman of a certain age ;) Why Badass? I have Rock & Roll in my DNA, coupled with some Punk Attitude and a (Lovin) Spoonful of Hippie Chic. Altogether BABB ;O The blog is not intended to be age specific, or indeed age appropriate! It is more about my style philosophy. The blog is to help girls and women of all ages to become more confident in expressing who they are through the way they dress. Mine are style tips and tricks based on years of styling, and an extensive knowledge of the fashion industry. My shopping advice is suitable for those with a limited budget, those who are strapped for cash, and for the lucky ones who have cash to splash. Personally I mix it up, marrying high street with high end to achieve my unique look. I hope that you will enjoy my new blog, Sarah x